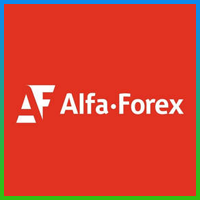 Alfa-Forex has one account type, like other Russian forex brokers such as Finam Forex and VTB24 Forex.

The broker has a portfolio of 36 currency pairs. Including major and minor that sums up to be 160 instruments like CFDs, metals, commodities, funds, etc. Compared to the VTB 24 Forex and Finam Forex competitors, Alfa-Forex has a more extensive selection of currency pairs, but still smaller than with FxPro with more than 70 pairs.

Alfa Capital Holdings that is also known as Alpha Forex is based and organized in Cyprus by the Cyprus Securities and Exchange Commission.

However, it operates mainly in Russia. The broker also received a license from the Central Bank of Russia in 2018.

Cyprus is the preferred place for currency and binary options brokers operating in Europe. On the one hand, Cyprus is a coastal zone; on the other - commenced in the EU, its law is entirely the Union through the provisions on passports. It available in MiFID.

The local CySEC regulator provides a decent level of customer protection, but not as rigorous as the British FCA. He is often accused of being somewhat mild, but in recent months he has increased his supervision and requirements and set a default leverage limit of 1:50 and blocked consumer rewards.

Alfa-Forex provides a good selection of trading platforms. It offers a prevalent platform MetaTrader 4 (MT4) and its successor, MetaTrader 5 - both developed by MetaQuotes Software. Both MT4 and MT5 also include mobile applications.

← Review of Markets.comReview of CM Trading →